Using SQL Server 2014 developer edition (64 bit) my machine has 12GB RAM and maximum server memory is currently set to 8GB and for the purpose of this post I have set  minimum server memory to 1GB (Lock Pages in Memory has not been set).

I set minimum to 1GB to dispel a myth, that SQL Server doesn’t allocate this value at start-up. Just before 08:17:44 the instance was restarted and the time after that the value is still below the 1GB setting (see blue line). Once it goes beyond the 1GB value it will not release memory below that value. 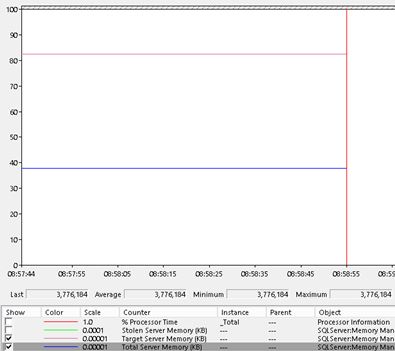 So what happens if I change the max server setting down to 6GB? The Target Server Memory counter drops to 6GB (Pink line). As you can see via the red circle it happens. 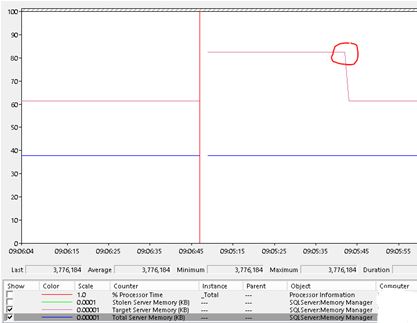 So what happens if I start using SQL Server more actively ? I will see the blue line move closer to the pink line.

Below shows what Perfmon looks like  an hour later. 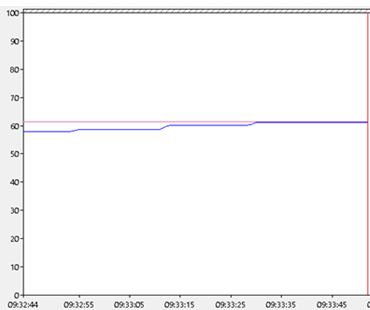 I am now going to set a bad configuration for Max Server memory setting.

SQL adjusts to this request where you can see a big dip in both target and total memory. 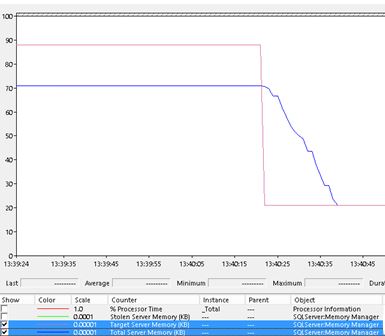 I am going to make things even worse and allocate less than 1GB for the max server memory setting and let normal activity resume. Checking the resource monitor ring buffer we can see that RESOURCE_MEMPHYSICAL_LOW notifications have been generated, this is a form of memory pressure.

Setting the Max memory value back to an acceptable value (8GB) – you will see the Perfmon counters respond to the change by trying to grow. 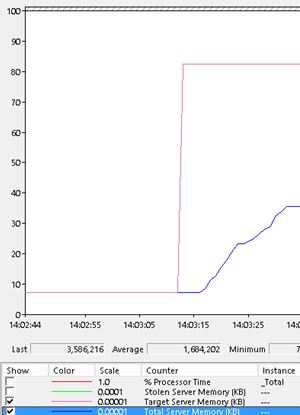 After general usage takes place the total and target memory counters look like as shown below. 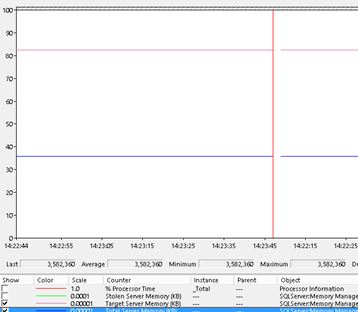 I will now reset the memory settings as shown below.

Next I created external pressure by activating heavy memory consuming applications on the SQL Server – look at the Total server memory (and target) respond. It gets trimmed to its Min. Server setting of 1GB (black arrow).

Once I stop the processes causing the external pressure the total server memory becomes the Low memory setting (1GB), this will change once SQL Server becomes actively used.

So some activity takes place – the blue line adjusts accordingly and goes beyond the 1GB setting.

After couple more minutes of activity the end picture looks similar to our starting point. 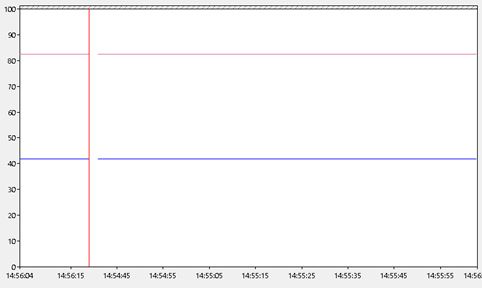 Hopefully this article has made it clearer about what Target and Total Perfmon counters are and how they respond to different situations and settings.

Thanks to Gail Shaw for the technical review